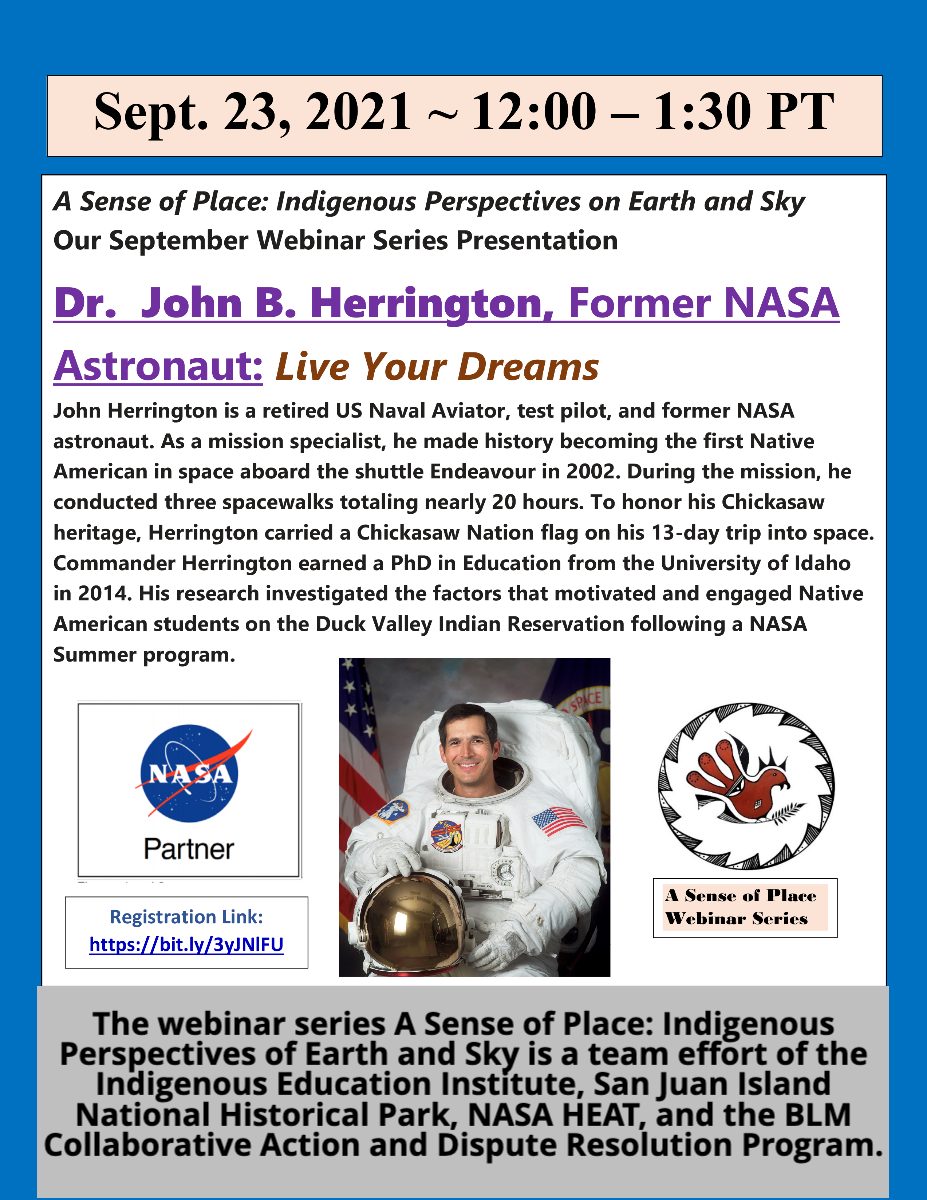 John Herrington is a retired US Naval Aviator, test pilot, and former NASA astronaut. As a mission specialist, he made history becoming the first Native American in space aboard the shuttle Endeavour in 2002. During the mission, he conducted three spacewalks totaling nearly 20 hours. To honor his Chickasaw heritage, Herrington carried a Chickasaw Nation flag on his 13-day trip into space. Commander Herrington earned a PhD in Education from the University of Idaho in 2014. His research investigated the factors that motivated and engaged Native American students on the Duck Valley Indian Reservation following a NASA Summer program.